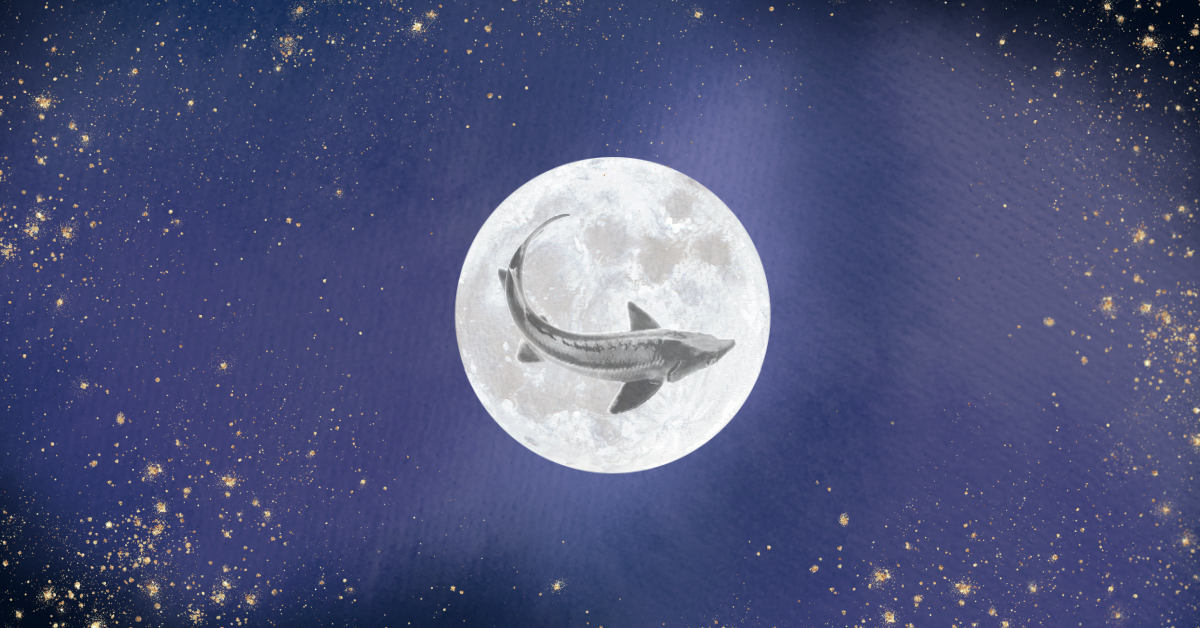 This month’s full moon is extra special because it is a seasonal blue moon, meaning it is the third full moon of a season that has FOUR full moons. Seasons usually have just three full moons so when there are four, the third moon of the season is called a “Blue Moon.” Seasonal Blue Moons only happen every two or three years.

Moons are often named after what is harvested that season and in North America August’s full moon is called a “Sturgeon” moon because this giant fish is caught in late summertime. Sturgeons are the largest freshwater fish in North America.

I love the reminder of a full moon to celebrate what is and to release what is no longer needed.

This website uses cookies to improve your experience. We'll assume you're ok with this, but you can opt-out if you wish. Accept Read More